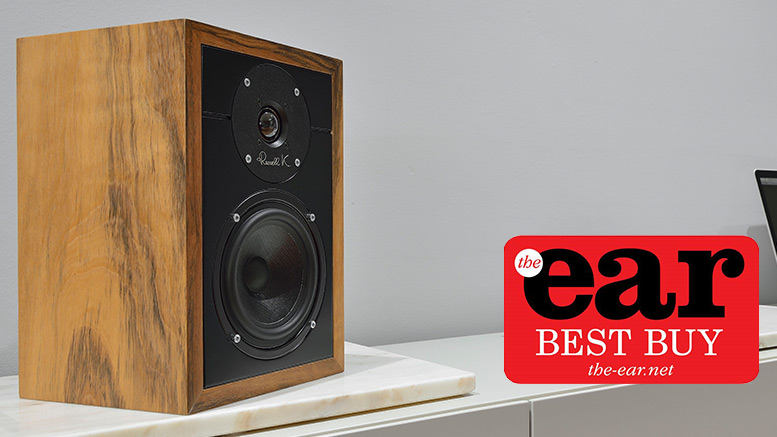 Review by René van Es for The EAR

After the impressive debut of the Russell K. Red 100 no one will be surprised that Russell K. is bringing two more loudspeakers to the market: the Red 150 is a floorstander with twin woofers and the Red 50 a smaller stand mount. Having enjoyed the Red 100 immensely I opted for the smaller model to put in my study. For those who never read my Red 100 review I will explain what Russell K. is trying to do. After many years in the industry Russell Kauffman, for it is he, realised that if he was going to put his experience to good use it was time to come up with his own line of loudspeakers rather than making a living by selling other people’s. In a market full of speakers ranging from small cubes to extreme horns you have to come up with something special to get listeners involved. So, instead of making another me-too speaker with thick cabinet walls and internal damping, Russell opted for thin walls and no damping material at all. The only damping applied is done acoustically inside the Red 50 by using a perforated panel above the woofer, which also adds some stiffness to the box. The cabinet walls are 16mm MDF while the baffle is 19mm MDF and the speaker stands just over a foot high (31cm) high and is veneered with real wood or finished in a high gloss paint for a premium. Since the cabinet is much smaller than the bigger Red 100 the reflex port moved to the back and is tuned to a wisely chosen 55Hz, way above the standing wave frequencies of most rooms. The bass driver has a five inch doped paper cone woofer with a 25mm copper voice coil wound on an aluminium former. A Faraday cancelling copper ring is used in the high power ferrite magnet. The 25mm soft dome tweeter uses a ferrite magnet too, also with a Faraday ring in the motor, and has a copper clad aluminium voice coil. The dome is not protected with a mesh cover, nor is a front grill standard, so it is vulnerable to ‘inquisitive’ fingers. The units are electrically separated with a 12dB/Octave crossover in the form of an enclosed field ferrite core, with “very low DCR nominal stray fields” inductor for the woofer. The tweeter is attenuated with a misaligned Zobel network and has just one capacitor in-line with the speaker terminals.

I placed the Russell K. Red 50 on a pair of Custom Design FS104 stands with Soundcare spikes. The main music source is a Bluesound Node 2, coax connected to a NAD M51 DAC. The Node is plays files stored on my NAD M50/M52 combination over Ethernet. The preamp is an Exposure 3010S2 Pre, while power is delivered by a pair of 3010S2 mono power amplifiers. I also used an old Quad 303 to prove how easy this speaker is to drive. This refurbished amplifier delivers more than enough power for high level listening in my study but it’s not as good as the Exposures which were used most of the time. Cabling comes from AudioQuest (Ethernet), Stereovox (digital), Crystal Cable (interconnect) and Supra (power and speaker cables). Positioning the loudspeakers is an easy task. Keep them free of the side walls by at last 50cm and away from the back wall. Heavy toe-in or straight ahead positioning does not upset the sound a lot, it only changes the stereo image from deeper to wider, I found that a slight toe-in was best for my room and listening position. 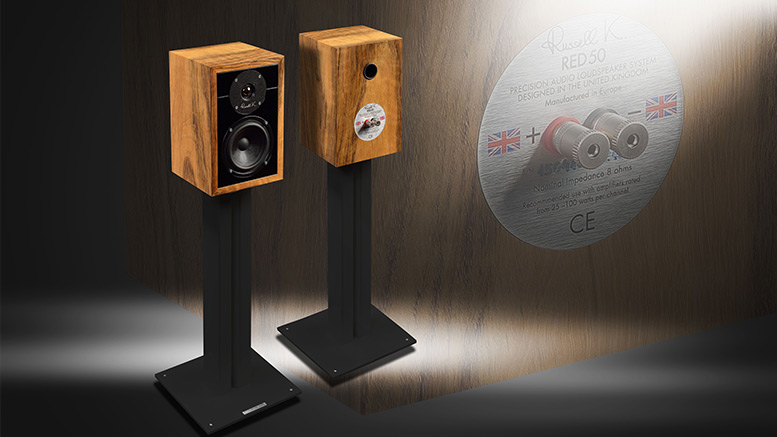 While the Red 100 has a big fun factor and is very expressive, the Red 50 is more sophisticated. The smaller cone area results in less slam and less drive, but it gains in areas like control, precision and tonal balance. Playing the tracks from In The Moonlight by Sophie Milman and reading back my notes from the Red 100 review this becomes very obvious. On the other hand there is a lot in common between the two speakers. The easy flow of music combined with plenty of detail is very enjoyable. It’s a pity that Sophie’s voice is kept at tweeter height but she shines all the way. Her voice is surrounded by instruments and avoids the overblown bass that so many small speakers suffer from. The bass response is very even to my ears, more bass weight comes from the Exposure amps than from the Quad, but both amps are always in control. To enjoy more low frequencies I play ‘No Sanctuary Here’ from Chris Jones and wind up the volume. There’s a notable limitation of the frequency range downwards, the Red 50 does not go very deep and not a lot happens below 50Hz. Above this Chris sings his heart out against a backdrop of punchy percussion, wide stereo image and above all a lifelike performance that is a lot of fun. Who cares about the deepest notes when bass is so tight. Bass heads could add an active subwoofer (or two), which is a better solution than pushing a monitor over the edge.

llan Taylor with his Colour To The Moon proves again that male voices have the warmth they need, while instruments always stay clear. Guitars are fast but tend to stick to the loudspeakers because the stereo image is not that deep, not if you want optimum results from far left to far right. The overall impression is more than fine, it’s enjoyable and unfatiguing. Another difference between the Red 100 and the 50 becomes clear when playing ‘The Bug’ by Dire Straits. I remember the Red 100 behaving like a PA system on this particular track, pushing and punching the drums. The Red 50 lacks the explosives, being more polite and neutral with a more conventional and less direct sound; the Red 100 is for a party, the Red 50 for listening all night long.

Great joy
Dame Kiri Te Kanawa has a beautiful voice for classical works. Her CD Kiri contains all sorts of songs, from opera to chansons but on less sophisticated speakers her voice can sound harsh and expressionless. On these Russell K.s you soon forget you are listening to a small system, it’s neutral enough, open and dynamic, letting her voice sound clear and well separated from the orchestra. The Mozart Wind Concertos for flute, bassoon and clarinet, all played by the Scottish Chamber Orchestra on a 24-bit high resolution recording, show that the Red 50 is a fine all-round loudspeaker. Capable of highlighting a solo instrument as well as shining with a full orchestra. Not in the most precise way, not with the tiniest details, but with great joy which is after all more important for most listeners. Also important is that the Red 50 never sounds nasty, unlike many of the more affordable speakers of its size it doesn’t have a harsh sounding tweeter, a shouty midrange or overblown bass. Somehow this British designed, Polish built speaker achieves a compromise that makes it not only dearly listenable but also worth every penny.

Returning to my favourite female singers I have to come to a conclusion on the Red 50. In its favour are ease of drive and a friendly impedance, I expect that most amplifiers or receivers will drive them without much effort. Placement should not be a problem either, keep them away from back walls on a decent stand with slight toe-in to get the best results. That way they sound neutral enough and behave well enough to make them good for listening to all kinds of music at home. They soon will grab your attention, pull you into the performance of the musicians, and make you listen to the message they are trying to communicate. Due to absence of nasty frequency related irregularities you can enjoy them for a long time if you want. Get rid of your daily sorrows by cranking up the volume when coming home or relax with something mellow before setting off to bed. The Red 50 is ready for anything.

Original article by René van Es for The EAR